In many parts of the world, the beginning of the fire service originated with insurance companies for their insured properties. For a variety of reasons, this arrangement became unworkable and those fire companies evolved into volunteer and then modern full-time fire departments. Insurers continued to sponsor salvage squads until the 1950’s – 1980’s and in the case of the New York Fire Patrol, until 2006.

Over the past 20 years, there has been a global trend, notably in the United Kingdom and much of Western Europe of the public fire services are saying that they will not enter a warehouse unless there is a life at stake. This is happening more and more often in the United States as well. Otherwise, they state that they will adopt a defensive stance. With proper sprinkler control, an absolute refusal to enter for final extinguishment is still a rarity.

More common is a willingness to enter, but lack of knowledge of how to properly complete the work of the sprinkler system; i.e., final extinguishment.  Storage arrangements are becoming more and more complicated and therefore more and more difficult for the public fire service. Automatic Storage and Retrieval Systems, which can eliminate aisles, make it very difficult to access the burned commodity for final extinguishment and overhaul.

With all but the largest facilities having advanced fire brigades, and with the public fire service being either unwilling or unable to operate in a complex warehouse environment, what is the facility operator left to do?

The public fire services are justifiably proud of their abilities and may or may not welcome contract firefighters. The use of contract firefighters absolutely must be discussed with local responders in advance. Without their cooperation, contracted firefighting operations cannot be expected to succeed.

Contracted response must be integrated into the overall Incident Command System. A recent article criticized contracted firefighters operating at urban wildland interface fires of freelancing and not reporting to the command post. This puts the contract and the public firefighters at risk.

Once the overall need for contracted services is established and agreed to by the local fire authority; a contract arrangement needs to be established and all details agreed to in advance. Attempting to enter into a contract with a private firefighting company in the middle of an incident may well be too late.

Hammering out contract details takes time and the fire won’t wait. Silo and bulk flammable liquid tank fires sometimes are extinguished on a time scale of days; however, warehouse fires must be dealt with in hours, not days.

The contractor may need prepositioned equipment and additional staff so that response time objectives can be met. Water supply duration may need to be increased to allow time for the contracted firefighters to arrive and go to work. Contractors might be unwilling to use public fire service equipment for their own safety and reliability.

Obviously, this all takes considerable planning. Besides that, contract firefighting services are expensive. Site management should consider whether a more conventional warehousing approach might be more beneficial overall; given the firefighting difficulty with complex storage arrangements and very high (over 45 feet) rack storage. Public fire services have more experience with conventional warehouses and are more willing to work in them.

What must be avoided is a surprise in the middle of a fire where the public fire service decides that they will not enter the building even if sprinklers have controlled the fire, and then site management has no plan to effect final extinguishment. A stalemate can result with a smoke logged building and no one willing or able to complete extinguishment or remove the damaged goods. The time to decide that contract firefighters are needed is well before the fire.

John Frank is senior vice president of the AXA XL Risk Consulting’s Loss Prevention Center of Excellence, where he is involved in loss prevention research and loss prevention training. 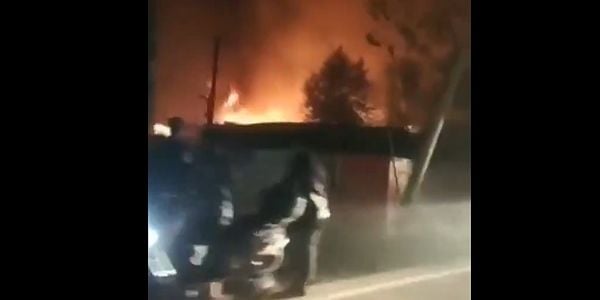