Close
Early on in my career as a first responder (firefighter/hazmat tech/paramedic) I was taught that once the public fire rescue service arrived at an incident, we were “in charge.” Everything within our jurisdictional boundaries belonged to us during an emergency.

As experience and wisdom set in along with the National Incident Management System (NIMS), that inferior focus changed and for good reasons. NIMS is not only established for big national disasters, but it provides a framework to have someone accountable to set up an incident management system during an emergency of any magnitude. It assigns highly visible vests and key role organizational positions and responsibility. The phrase “I have command” is better expressed as “I have responsibility” for all that happens while in command.

Progressive fire rescue services adopted and applied the incident command system for incidents involving multiple unit responses. The practice enables fire rescue units to work seamlessly from the onset of the incident. As the incident was quickly mitigates or escalated due to lack of staffing, science, Murphy’s Law or weather conditions.

ICS is adopted by municipal first responders and offers a framework for hospitals and industrial incidents where facility employees are the first responders. They are charged with responsibility for their facility. These are to train for incidents, issue highly visible vests, assume key role organizational positions and establish command and responsibility. Unfortunately, this is often overlooked or ignored by response personnel outside the gate. This is where the Unified Command ICS should be employed.

After retiring from the 24/48 shift work responding to incidents, I assumed a new role in training first responders (police/fire/ EMS) as well as hospital and industrial first responders at a state fire academy.

We recognized that outside the gate first responders needed to accept the Unified Command ICS model verses the single role command model when operating at incidents involving multiple agencies as well as private industry.

The Unified Command approach simplifies “who’s in charge of and responsible for what.” Share a common goal, make this incident go away and resume normal operations.

Gore began a lecture by emphasizing the need to listen to the people on scene. They may or may not be knowledgeable of what exploded, spilled or was released and from what type container. They may have expert knowledge about the products. Listening may provide as an important piece of information may be an opportunity missed.

One day Gore was asked to train a group of industrial first responders at a plant in a large urban county. The plant manager did not know Ron’s background. What happened next is a great teaching moment.

When Gore asked about his training goals, the plant manager wanted his facility emergency response team to be trained as hazmat techs. Ron asked “Why? You have four hazmat teams right outside the gate?”

The manager said “I don’t want them here, they will respond, set up decontamination, review the MSDS/SDS sheets, research the internet, take pre-entry blood pressures and vital signs and shut me down for hours for a ten minute operation.”

Yes, he is right. A known chemical incident can be resolved more effectively by facility familiarity through pre-incident planning and training exercises. Know the players from both inside and outside the gate.

Training can be provided with little to no impact on a facility’s daily operations. Technology is available to predict plume direction to aid in the planning of evacuations.

Immersed simulation training is available and can be customized to a specific facility. Challenge and practice critical and analytical thinking skills. This type of training is engaging and interactive, working within ICS to place key organizational players in the hot seat during life-like training simulations.

Train with equipment available to the facility and make sure to read the manual. Users of detection equipment have been improperly trained through on the job training based on bad information passed on through others. This is a serious concern when buildings and facilities are evacuated based on false interpretation, or, worse yet, not evacuated or allowing occupants to re-enter the facility when a hazardous condition still exists.

The old method of sending a runner down range with meter values on a piece of paper or attempting to use a product to place the unit in alarm mode -- often damaging the pricey sensors -- is no longer necessary.

Meter simulators can train users without the need for hazardous materials prompting the meter to respond. Trainees can view subtle changes on multi-gas meters, background radiation versus an actual increase in rad levels or photoionization (P.I.D.) detection where an increase in ppm was possible training scenarios.

Incidents involving facilities, industrial plants and warehouses often place the outside the gate responders at a disadvantage when they are not prepared. Facility managers may share information with a fire inspector. The fire inspector most likely will not be the first responder, may not have vital information and may trigger the response of a hazmat team.

Some plant managers may be reluctant to share information with outside the gate responders for proprietary trade secret information. If a product released from a container generates an impact within or outside the gate and it is an unknown chemical situation to the outside responders, plan on a multi-hour operation.

However, if the hazmat teams inside and outside the gate have trained well and frequently together you are off to a good start.

Hazmat technicians are trained to various levels. Trainees may be certified with either OSHA 40 hours or depending on state and local government requirements 40/60/120/160/240/305/1000 hours are typical. But the 40 hour trained tech is often the norm in the industrial setting because his training is specific to the industry. Due to the variety of incident types, many career fire service hazmat technicians train to the 160 – 305-hour curriculum. The National Guard Civil Support Teams (CST) train to the 1,000 hour level. Just for comparison, many states require 1,500 hours of training for barbers to cut your hair.

In conclusion, responses to emergencies within an industrial facility can be effectively mitigated by: ● Respect for the ICS system;

● Respect for the players inside and outside the gate;

● Use of virtual reality training simulators for emergency managers; 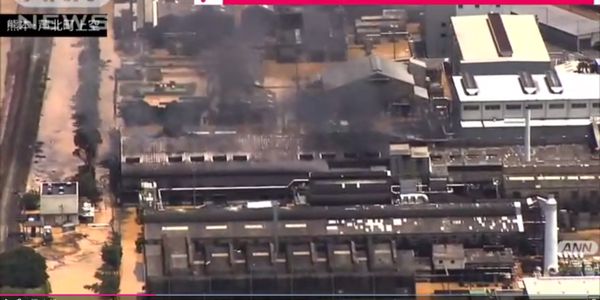 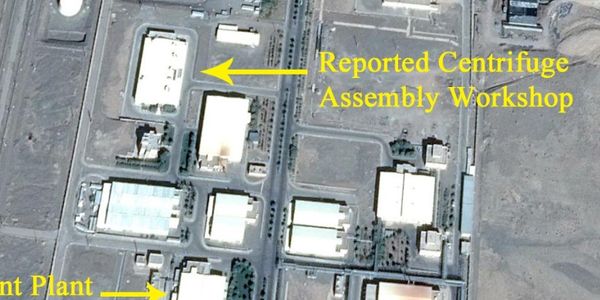 Iranian had refused to label the incident as sabotage. 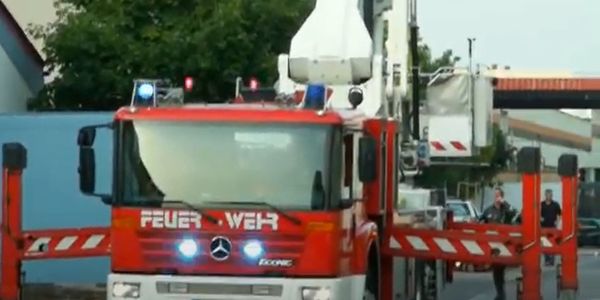 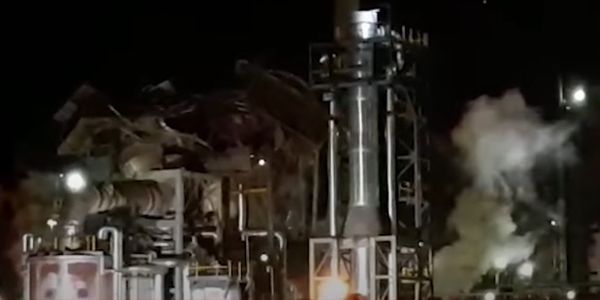 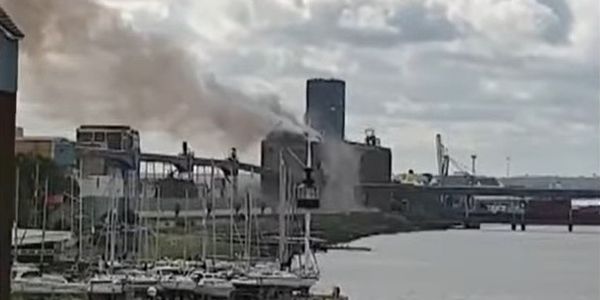 Blast was heard and felt as far away at 50 kilometers. 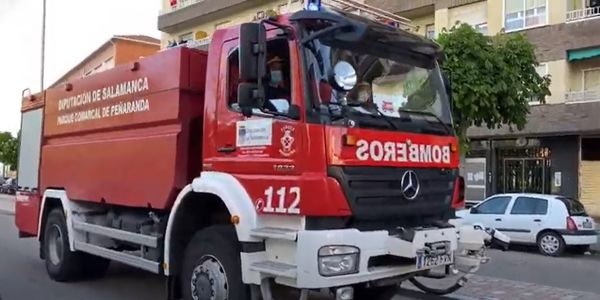 Smoke visible from five kilometers away. 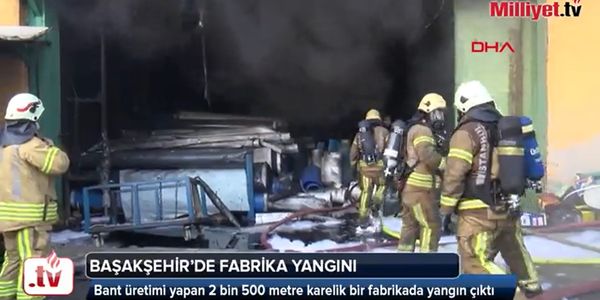 Fire Breaks Out at Styrofoam Plant in Northwestern Turkey 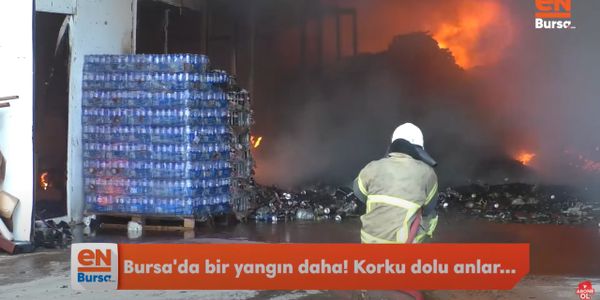 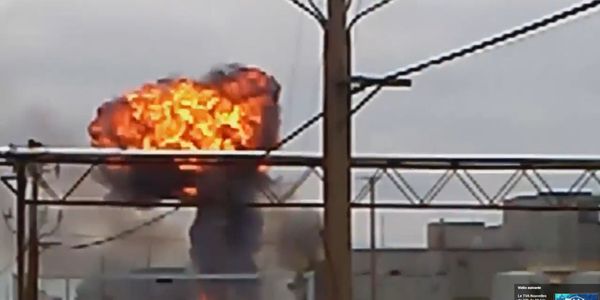 Firm wants time to investigate the nature of the June 29 emergency.