I want to share some thoughts about how we could perform better as emergency responders. A 40-year career has given me plenty of experience in all aspects of this business, good and disastrous. Let’s start with equipment purchases.

After 9/11 all of us faced the same question about hazmat equipment. What do we buy versus what do we need? Let’s limit the conversation to response incidents involving radioactive materials. Most people’s knowledge about the effects of radiation barely extends beyond Godzilla and The Hulk. How many people do you know who have studied historic events such as Three Mile Island and Chernobyl? Or, perhaps, have trained to address issues such as “dirty bombs” and dispersion threats?

Real and consistent training on handling radioactive materials is lacking. Some departments still carry the yellow box Geiger counters issued in the 1960s. Or maybe they use some kind of device that clicks loudly and has a read-out so complex that you have to keep the manual close by. As a hazmat instructor I know about this stuff. When other responders find out I work in the nuclear industry I automatically end up in their smart phone address book as that new best friend to contact if a real radiation emergency ever occurs.

Emergency responders have bought a lot of detectors, Gamma, Beta or Neutron – usually one of each – with no idea how these devices fit into the real game plan. Buying detectors is often a lot like how we used to buy foam. If someone asked about resources we replied that, sure, we have foam – at least one or two pails. “The chief has a fit if we use it because it’s expensive.”

Or is it like hazmat suits? The kind closest at hand will probably be no protection against the particular chemical being faced. It may be expensive but you need three or four different types of hazmat gear, probably in pairs.

Discussing expense as a factor in making life-or-death decisions may be distasteful, but it is a reality. Murphy’s law dictates that if that actual emergency response occurs the hazmat gear and the detectors on the truck will be the wrong type. You can never do everything necessary with the funds available. Difficult choices have to be made.

Even if you bought the right gear, you may not have planned for the full extent of your eventual disaster. You will need two additional responders in full gear as backup to the one facing the threat. The job may take several shifts of personnel to complete. And, remember, decon means decontaminating the responders. The gear might have to be sacrificed after a single use.

Hazmat has been established as a major part of modern emergency response. Our problem is to do it despite the budgetary restraints and lack of training, equipment and personnel. Compare a fire truck today to the ones we drove 30 years ago. Little has changed in the size and shape of the apparatus. However, devices such as radiation and gas detectors today seem like alien artifacts compared to the detectors of old. Keeping them among your personal equipment is no more onerous than packing a cell phone.

If I am buying these devices for my team it becomes a matter of x amount of money stretched to make the responders as versatile as possible. Responding to hazmat emergencies will always be a matter of staying prepared for anything. If I am likely to face a radiation hazard I need a detector that can locate more than one kind of radiation without a lot of effort to keep it calibrated.

Rather than resorting to the manual mid-crisis, what if you could depend on the device itself to guide you through the operation and calibration process? Better still, what if the device quickly communicated information without the operator needing a conversion table to decipher? And make it compact for easy storage and operation, even if you are inside a Class “A” suit.

Most important, the manufacturer needs a track record for dependability regarding parts and technical support. A defunct brand of detector is an interesting book end, nothing more. Worse, lack of technical support can leave you scrambling for a replacement. This can be hard to explain to upper management. “What?” the boss cries. “You just bought new detectors during the last fiscal year!” Above all, the people under your command deserve the best that is available.

My advice is use the detector under consideration in an actual field situation rather than depend on the salesman alone. Compare it to what you have worked with and what has worked for you. Prepare a check list of comparisons to help resolve the issues when management wants to argue about price. What is the job you are dealing with? How many detectors do you need of what type? Is it easy to operate? And consider cost versus gain as it affects your bottom line, not the salesman’s commission.

Personnel are the irreplaceable component in the work we do. Be safe. 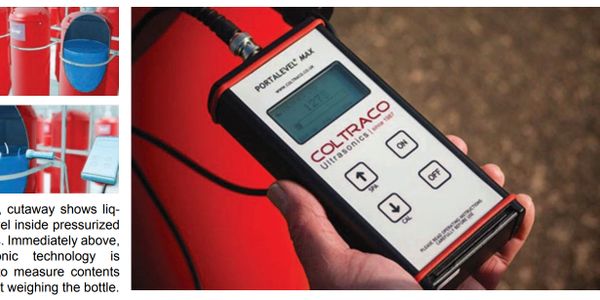