Imagine that your fire department has been called to a report of a chemical spill at a local industrial facility. Upon arrival you discover there is already a crew of employees working to mitigate the release. What should your next move be? You could order an evacuation of the building and call for the regional hazmat team, or you could work together with these responders to bring it to a rapid conclusion.

What would your fire department do?

Many public first responders will default to the, “I am taking command of this incident” mind set without recognizing or acknowledging that there are already trained responders on site who are actively engaged in a mitigation operation.

In the worst case scenarios, they override any such actions and order an immediate and complete evacuation of the facility, only to fall back to await the arrival of another hazmat team.

In 1989 the fire service was changed dramatically when OSHA promulgated the HAZWOPER standard. The standard known as 29 CFR 1910.120 codified the safety and health requirements that we would have to meet in order to perform hazardous waste cleanups or to respond to emergencies involving releases of, or substantial threats of releases of, hazardous substances without regard to the location of the hazard.

This resulted in the identification of five specific levels of training that would be required for personnel responding to such incidents.

So the first question that needs to be answered is; “At what response level is your fire department qualified and equipped to perform?” With very few exceptions the answer should be Operations-level.

In those situations when a fire department is confronted by an actual release, or substantial threat of a release, they must limit their actions to defensive activities which limit their exposure, as well as the exposure of others, until better trained and equipped responders arrive. But that is not always the case.

Today many companies have recognized the limitations of their local emergency responders and have taken positive steps to improve the outcome of hazardous materials releases within their own facilities.

Following the OSHA 1910.120 standards they are training and equipping their own employees to perform a variety of emergency response functions. In some cases, their responders are actually qualified to function at the Technician-level.

Though this does not guarantee that they can handle every possible release, they are usually trained to respond to incidents that are well within their capacity based on training, knowledge of the product, and personnel staffing. In many such cases the people working at the site may, in fact, be far better qualified to deal with the release of a chemical than the local fire department.

Perhaps the first challenge we need to face is realizing that these trained responders are qualified by the same standards that apply to all hazardous materials responders. Even though their training can often be completed in fewer hours, due to the sitespecific nature of their training, these Technician-level responders are fully qualified.

OSHA makes no distinction between a fire department technician and a private team technician. They are both capable of performing the same functions; though a private team will be limited to those chemicals and processes that are specific to their locale.

Often, the private team’s knowledge of the chemicals far exceeds the knowledge of the local responders. And certainly, their knowledge and familiarity with the property and the processes makes them far better prepared to deal with their own incidents.

But what happens when they are dealing with an incident and they decide to call 9-1-1? In many cases the first arriving public safety responders have little knowledge of the site, or the associated hazards.

They may be aware that hazardous materials are present through the SARA 312 program which requires certain companies to notify local responders of their normal on-site chemical inventories. And what about the on-site team that is already involved in mitigation? What is about to happen to them?

Can the public fire department allow them to deal with their own problem? Does the fire department have any legal obligation to take over the incident? Certainly, in a situation where the private responders are obviously over their heads, or when they don’t realize that their incident has become a threat to the surrounding community. At that point the public responders have a legal obligation to take command of the incident. But that still does not mean that the private responders are of no value.

There is a need to build a working interface between these Public and Private responders. What happens when a neighboring fire department calls your department to request a mutual-aid response?

The responders arrive on scene and follow procedures that are prescribed in the Incident Command System (ICS). They don’t take over the incident. They integrate their resources into the incident. That is what needs to take place at these hazardous materials incidents.

Did they call 9-1-1 with the intent of handing the entire incident off to the first arriving officer? No. Usually, it is because there is a written emergency response plan that calls for them to do so. So then, what do they expect from the local emergency responders? Help. It’s that simple.

Many times they know that the incident will challenge their capacity to completely bring it to closure. In some situations they are aware that they have a limited number of trained responders. This is particularly common during off-peak shifts. Only in a situation where the incident has clearly escalated beyond their capacity to be involved should they expect them to hand it over to the first arriving officer.

Like any other mutual aid response, we should be thinking about how we can assist them. Not the traditional response of get them out of our way and do it ourselves, but how will we integrate with them. And the obvious answer is, through the Incident Command System.

In addition to recognition and mitigation skills training, all private hazardous materials responders are required to be trained to understand the ICS. They recognize the need for a management system that is tailored to the needs of the specific incident.

They know that ICS is a game of resource management, based on the priorities of the incident set forth by the Incident Commander. They utilize the same terminology and know how the organization expands and contracts along with the incident.

Why then don’t more fire departments understand how to interface with these teams? The key to success for the PrivatePublic interface is through joint training. When the private response team and the public safety responders can get together and learn from each other, the door opens wide. When the public responders realize what the private team is trained and equipped to handle, there should be no need to immediately discount their efforts and cast them aside.

When the private responders recognize they can retain command of their own incident if they choose to do so, they should not feel intimidated by the public responders to simply give up and run away. And when the two can merge their resources together, then everyone comes out ahead.

What happens when the public responders are Technician-level? As before, they should integrate the members of the mitigation and support teams to get the best of both. Having an entry team member from the private team who knows the building, knows where the controls and valves are located, and can show you the short-cuts to get from here to there is a huge asset.

The public responders know what it’s like to work under the extreme conditions of an emergency, how to look for secondary hazards, and how to perform a rescue should it become necessary, and can give the private responders an added level of confidence.

There you have it. It seems to make sense that the PublicPrivate interface can and should work. But it all begins with communication. Contact the companies within your response area and find out if they have a hazmat response team (or any other emergency responders for that matter) and plan a meeting to learn about them.

What have they been trained to do? What are their capabilities and their limitations? Plan a cooperative training exercise that allows you to work together before the big incident occurs. And stay connected. When things change, share the information. That helps everyone work safer. And isn’t that really what OSHA was trying to accomplish in the first place? 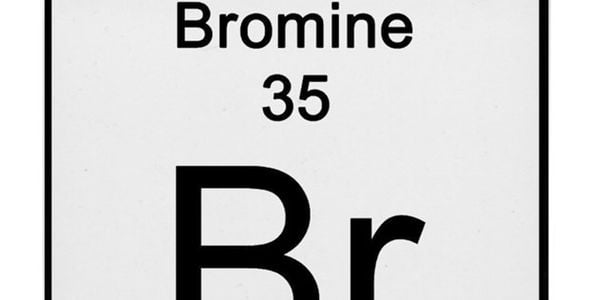