} Boost That Flow - Apparatus & Equipment - Industrial Fire World
Close
Personnel with Ferrara Fire Apparatus and US Fire Pump set themselves a unique challenge with a special demonstration conducted in December during the Hellfighter U Foam Fire Training at Texas A&M University.

“Our ultimate goal was to get a little over 13,000 gpm out of one apparatus,” Williamson said.

Blaine Richard, Sales Specialist for US Fire Pump, said the need for big water at plants and refineries worldwide continues to grow.

“As tank farms are getting bigger, so is the need for big water flow to protect them,” Richards said.

“This is not a process pump adapted from another use to be put on a fire apparatus,” Williamson said.

Richard said that US Fire Pump president Gary Handwerk set the design of a true fire pump for use on a skid unit or fire truck as a priority three years ago.

“With our current product line we feel we have achieved that,” Richard said.

The 5250 GPM pump and plumbing was designed from the ground up to be used in conjunction with the 600 HP Cummins ISX 15 Liter engine for industrial fire apparatus applications as well as trailer or skid mounted pump applications.

Regarding the US Fire Pump enclosed skid unit, the 6,250 gpm flow rate at 150 psi is calculated based on a six-foot lift at draft. At the Hellfighter U demonstration, the actual lift was more than two feet over that mark, Richard said.

The efficiency rating on the pump is nothing less than phenomenal, he said.

“You can definitely see a major difference in performance compared to other products on the market,” Williamson said. Ferrara is the exclusive distributor of the US Fire Pump product line, he said.

Ferrara has been involved with development of the US Fire Pump unit used on the Super Pumper 5774 since its original design.

“This is the result of a great partnership between Ferrara Fire Apparatus and US Fire Pump,” Williamson said. 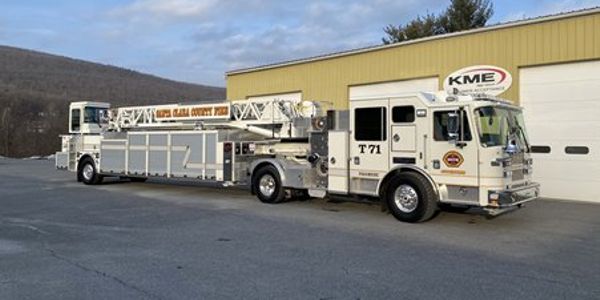 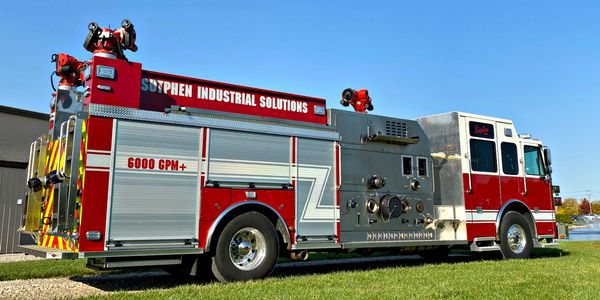 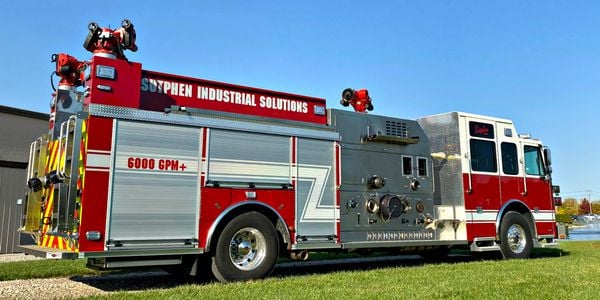 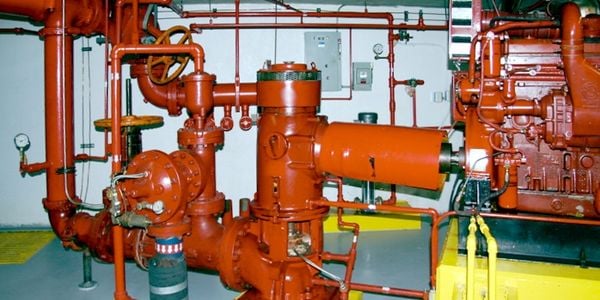