“Okay, now look at the monitor – a medium expansion foam tube probably capable of 500 gpm against a 270-foot diameter tank,” LaVergne said, referring to a PowerPoint presentation. “It doesn’t add up, does it?”

The next slide in the presentation shows the burned out remnants of a collapsed storage tank, the end result of the Nigerian fire.

“The plant manager asked us if the tank could have been saved if we had arrived sooner,” LaVergne said. “The truth of the matter is no. Because I can’t make that little bitty monitor shoot any further. Basically, we can hold your hand and watch it burn together.”

LaVergne made his presentation during the Tyco WF&HC’s 22rd annual Xtreme Industrial Fire & Hazard Training held in Beaumont, TX in May 2015. A European version of the training school was held in France last September.

Being prepared means planning for what you need in a worst case scenario, he said. Having the right equipment available and the right application rate calculated is part of that pre-planning.

To quote the National Fire Protection Association, firefighting foam is “an aggregate of air-filled bubble formed from aqueous solutions that are lower in density than flammable liquids.” It forms a cohesive floating blanket on flammable liquids that extinguishes flame and prevents re-ignition by eliminating oxygen, suppressing vapors and cooling the fuel.

“Keep in mind that these are the minimum, alright,” said Troy Johnson, a regional manager for Tyco WF&HC. “These do not take into account that as surface area increases, the application rate must also increase.”

“If we can’t meet or exceed the application rate required for extinguishment we are not going to be successful,” Johnson said.

To exceed that rate is far better than simply meeting it, LaVergne said.

Unfortunately, the nature of bidding contracts for refinery construction in the past is that contractors took the minimum standard to be gospel for everything, including fire protection, LaVergne said.

LaVergne listed the various means of fixed system hydrocarbon storage tank fire protection, beginning with the Moeller tube. The device is mounted on the external tank wall and delivers waterfoam solution using a coiled tube that LaVergne compared to a party blower.

“They used to have a little whistle given out at birthday parties,” he said. “Blow on it and the coiled paper tube would extend. Stop blowing and it would roll back up.”

Charge the coiled Moeller tube and it extends down to gently deliver the water/foam solution to the product surface. Unfortunately, the tubes were made of asbestos, LaVergne said. The system was also a maintenance nightmare.

Another Type I fixed system is the foam trough which uses a narrow slide to deliver its water-foam solution to the fire. Like the Moeller tube, the foam trough was only effective against fires in a standard cone roof tank. It could not be used on internal external floating roof tanks.

“I have never seen either one of them in use,” LaVergne said. “If anybody has one I’d love to have a photograph of either one. But if you open up NFPA 11 there they are.”

“These are a bit more agitative than the other ones,” LaVergne said. “It’s a bit more aggressive application.”

Beyond engineered fixed systems, Type III is an over-the-top application made by firefighters. A higher percentage of foam actually reaches the burning product. However, over-the-top requires a higher foam-to-water ratio because of the steep angle of application.

“The difference between 0.10 gpm/ft2 and 0.16 gpm/ ft2 is about as much solution as you can pour into a soda bottle,” LaVergne said. “But it takes a lot of those bottles to cover a 370-foot diameter storage tank.”

It then becomes a matter of stockpiling enough concentrate on site to cover the expected duration of the foam attack, he said. “

That doesn’t include the supply for a second attempt if the first one fails,” Johnson said.

Even if the fire is extinguished there may be continuing hazards that require a constant foam blanket, LaVergne said.

“You’ve got to keep a lid on it until you decant that entire tank,” he said. “So your consumption rate for foam concentrate may be even higher post fire.”

Add 100% for reserve inventory (if required)

Taking an organized approach and waiting until adequate foam supplies are on hand avoids wasting a limited resource by repeated failures to extinguish.

“We’re planning for the worst and hoping that everything goes for the best,” Johnson said.

The calculations above reflect a fire in-depth situation. Controlling a spill over the same surface area requires a different set of calculations. Temperature is one factor to consider, he said.

“The spill isn’t hot,” LaVergne said. “Also, the spill is below the level of the monitor, not above. The majority of my finished foam is going to land on that spill.”

Johnson said that if the decision is made to exceed the NFPA recommendation on an over-the-top application, it is important to include that increase in calculating the foam concentrate requirements. How that concentrate is packaged is another important consideration.

“Some people use 55-gallon drums or even five-gallon pails,” Johnson said. “We are going to be consuming way more gallons per minute of foam than we can keep up with using those small containers.”

The size of the available nozzle is another factor influencing the application rate, LaVergne said.

“Say that my square footage says my application rate is 2,828 gallons per minute,” LaVergne said. “We don’t make a 2,828 gpm monitor. That means the application rate is going to go up because we’ll probably have a 2,000 gpm or 1,000 gpm nozzle. Nobody says you have to play fair.”

Wind is another factor that can adversely influence application rates in a storage tank fire.

“With storage tanks, the ignition source is usually a lightning strike,” LaVergne said. “By the time you get set up the storm has passed through and the wind has changed. You’re going to have to up your application rate to compensate.”

However, wind blowing in the right direction can be a positive factor, Johnson said.

“If we increase volume, we’re going to increase range,” he said. “A cross wind might help us with that. But we may end up consuming more foam concentrate. You’ve got keep that in mind.”

Application density is the measure of a quantity of foam applied for a unit of time to a specific area.

Any good business manager will tell you that the way to eat an elephant is one bite at a time, he said.

“I’m going to overwhelm it right there in that one spot,” LaVergne said. “We’re going to take a big old bite out of that little area right there. Once I get flame collapse, the foam is going to spread out. It’s going to take another bite, then another and another.”

At Tyco Williams F&HC, that initial impact zone is known as the footprint, Johnson said.

“We’re taking a length and width measurement on that,” he said. “We’re doing the square footage for that specific area. Then we can divide that by the flow rate to determine the application density in that concentrated area.”

By comparison, the old “surround and drown” technique of firefighting never gains enough application density in any given area to have an effect on the fire, Johnson said.

“With the footprint methodology you put a high concentration in the landing zone,” he said. “The fire can’t overwhelm the foam and draw the moisture out of it. More of the foam makes it to the surface.”

Finally, the application rate changes according to what product is burning, Johnson said. The fire may involve solvent or alcohol, not a hydrocarbon.

“That’s where the education process comes in,” he said. “I’ve got to make sure I have a foam or product that is going to work under all the likely conditions.”

Owners maintain the blaze was arson.

Fire Reported at Seafood Plant in the Dominican Republic

Flames traces to a records warehouse. 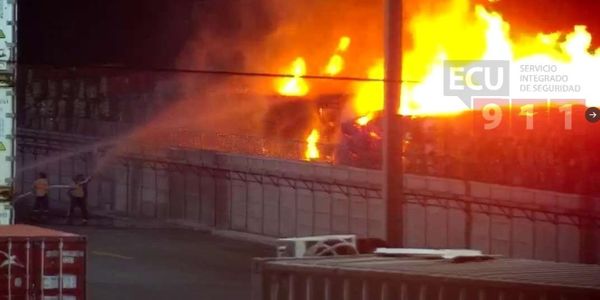 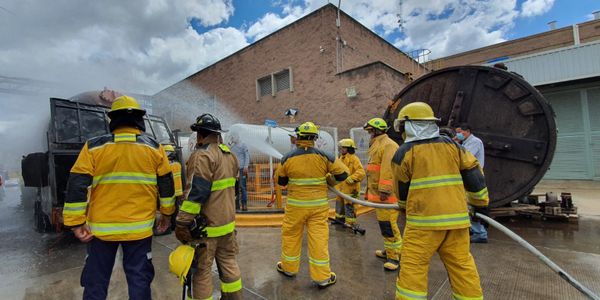 Workers could not close a propane dispensing valve. 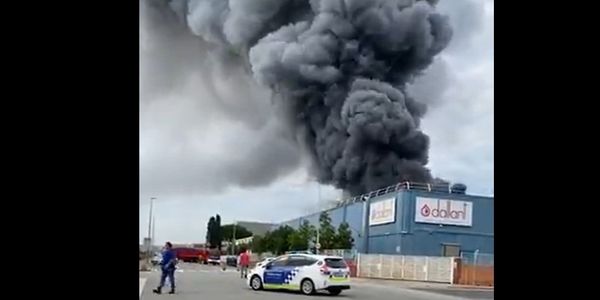 Blaze traced to a fuel tank in the middle of the facility.

More than 250 workers died in the suspected arson blaze. 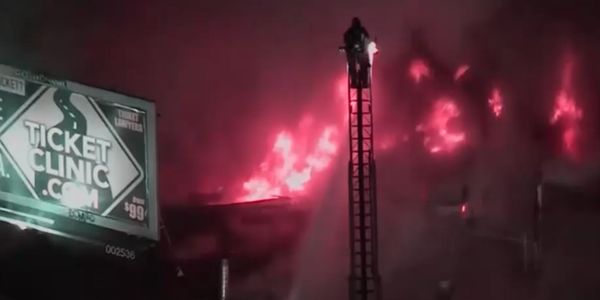 More than 100 responders on the scene. 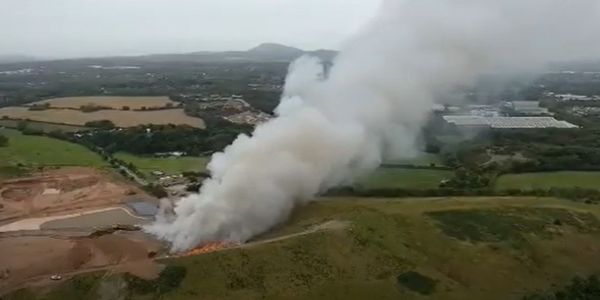 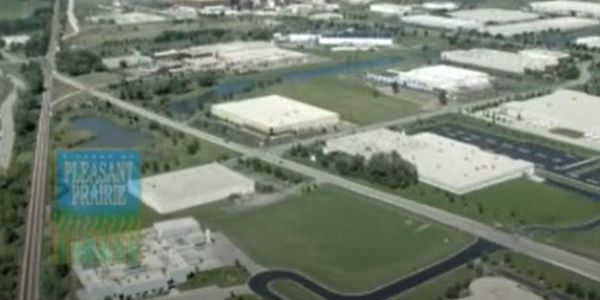 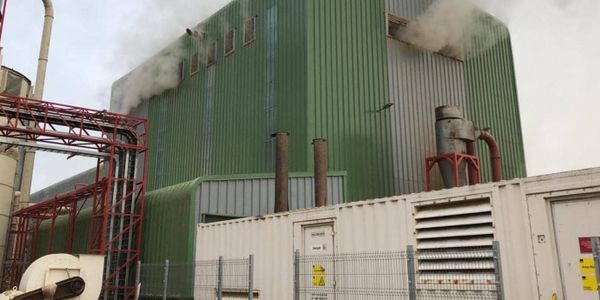 No cause for the blaze has been determined.