Do all those flashing lights and jarring alarms going off at the guard shack in your industrial facility represent security or pseudo security? A 2012 security breach at the Oak Ridge, TN, nuclear weapons complex shows that all the high tech security equipment in the world is useless if the humans monitoring grow blasé about their work.

After cutting the second fence, the protestors tripped a microwave sensor that sent out multiple alarms. Unfortunately, the closed circuit television camera used to surveil the area was not operating.

With the camera out of commission, protocol required the immediate dispatch of personnel to make an assessment. No such response was initiated.

As the protestors moved deeper into the restricted area, they activated motion detectors. With two types of alarms now sounding , security personnel should have inferred that an intruder was likely present. Yet, again, no response was initiated.

Unimpeded, the protestors cut through a third fence wired with a fiber optic sensor. However, this alarm system was notorious for sounding continuously. For that reason it was automatically disregarded by the control center.

Meanwhile, the protestors continued to trip motion detectors along their route. Having cut through the innermost fence, they proceeded to deface the storage building with paint and, supposedly, human blood. When they pounded on the building with hammers, the sound was mistaken for construction work.

Finally, security personnel arrived. But the protestors were not placed in custody until a supervisor arrived minutes later. Nearly two hours after the first fence was cut, a lockdown of the protected area was finally ordered and the protesters placed under restraint.

Who were these sly and stealthy intruders? Enemy agents? Terrorists? Master criminals bent on world domination? None of these. An 82-year-old nun and two male peace activists ages 63 and 57 face felony charges related to the break-in and defacing of government facilities at the Oak Ridge site.

Despite assurances that the three could never have successfully entered the storage building, the company managing security at the site soon lost its contract. The House Energy and Commerce Committee’s subcommittee on oversight and invest-igations held hearings in March on problems at the National Nuclear Security Administration regarding the security breach.

Compared to most plants and refineries in the U.S., the Y-12 nuclear weapons complex is Fort Knox. Does your plant have motion detectors? Fiber optics sensors? Microwave sensors? Most places have a guard with a flashlight, period. That is painfully obvious to anybody that so much as drives past the plant, let alone anyone sworn to creating havoc by getting inside.

To be effective, sophisticated alarm systems need to feed their information to clear headed individuals available to take action. By contrast, those individuals need every tool at their disposal to extend their effectiveness to all four corners of the facility they guard.

Yet, we do not even arm most security guards on duty. Why? The owners argue that it is too expensive. That is not true. What is too expensive is the potential outcome if the wrong people gain access to the type of methyl ethyl bad stuff that fuels modern industry. Dwight Williams said it best — “We aren’t making cake batter in there.”

For too many people reading this, the automatic reaction is to think “Why can’t David shut up?” Those folks would rather live in the realm of psuedo security than directly address the problems. “David,” they say, “nobody needs to know this stuff.” Taking that approach just underrates the bad guy. History proves that finding soft targets is what our enemies do best. 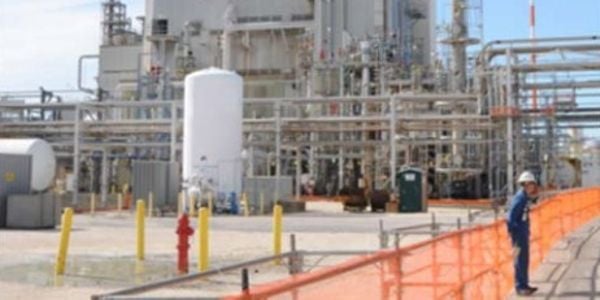