Workplace safety violations at the Marathon Petroleum refinery in Carson, California, that may reflect on an explosion and fire Tuesday night have been confirmed by an investigating state agency.

The fire occurred in a section of the refinery that inspectors with the California Division of the Occupational Safety and Health Administration recently cited for workplace safety violations, the Los Angeles Times is reporting.

The agency has ordered an investigation into the fire and shut down the unit involved until it can be operated safety.

Cal/OSHA inspectors cited the refinery in July for four violations, including failure to provide training to Marathon unit operators about new maintenance procedures, obtain signatures from employee as proof of training, and did not allow personnel to review and approve maintenance changes, according to The Times.

In December, Marathon filed to contest the $3,000 fine for the violations. However, these violations do not necessarily mean the refinery is unsafe, according to California Department of Industrial Relations spokesperson Frank Polizzi.

"It means employers have to be extra vigilant all the time to protect employees," Polizzi told the Daily Breeze. "Violations, incidents, accidents and hazard can occur in that kind of work. The fact there is some is not too alarming, but Cal/OSHA would be concerned if there are patterns or repeat instances or uncorrected issues."

Contrary to earlier reports, the Los Angeles County Fire Department did not assist in extinguishing the fire and is not involved in investigating the cause, the Times reported. Members of the in-house fire brigade at Marathon dealt with the emergency, said LACFD spokesperson Austin Bennett.

"They didn't want us to enter the refinery at any point," Bennett said.

The U.S. Chemical Safety and Hazard Investigation Board has declined to investigate the incident. 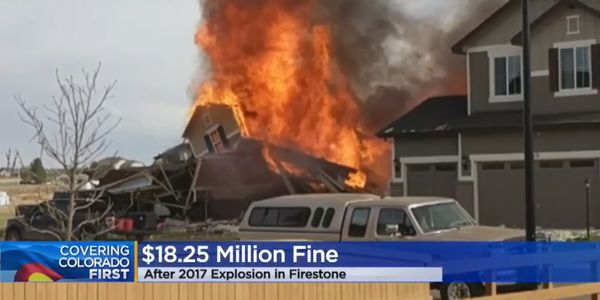