A six-hour fire broke out shortly after midnight Friday at a commercial building in Burnley, England, used for manufacturing rubber matting, the Lancashire Fire and Rescue Service reports.

The fire triggered a massive mutual aid response. Joining Burnley and Nelson at the scene were five fire engines dispatched from Colne, Great Harwood, a second crew from Nelson, Hyndburn and Rawtenstall. Also dispatched were two aerial ladders from Hyndburn and Morecambe, a high volume pump from Burnley and the stinger appliance from Skelmersdale, Lancashire F&RS reports via Facebook.

Using multiple water jets, firefighters began working to bring the fire under control. Due to the large smoke plume generated by the fire, resident living nearby were advised to close their windows and doors.

Three hours later, with nearly 60 firefighters on the scene, incident command opted to sectorize the fire scene, using the Stinger and the aerial ladder platforms to deliver greater amounts of water to the blaze.

Within five hours, enough progress to control the fire had been made to allow nearby businesses to open. After six hours, the firefighting force at the scene was reduced with the remaining responders working to extinguish remaining pockets of fire. Advice to keep windows and doors closed was rescinded. 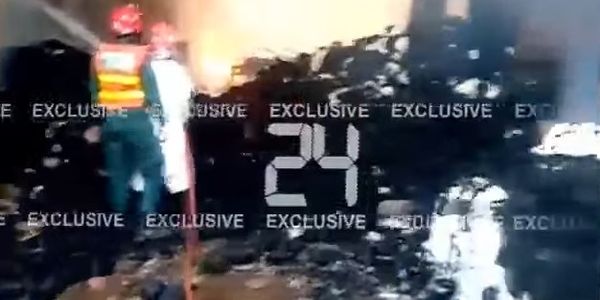 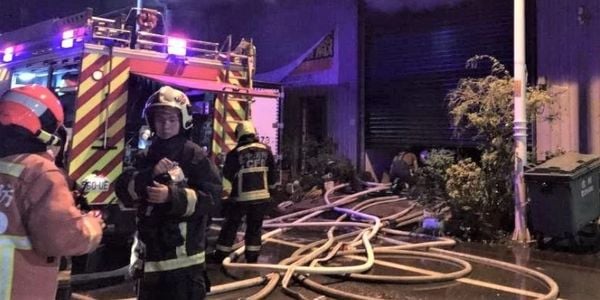