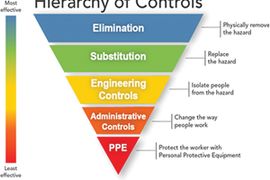 Formula for a Double Trouble Emergency

Not only do heat emergencies cause hypovolemia (loss of fluid), but loss of blood chemistry (electrolytes).

Aggressive tourniquet use reduces deaths due to blood loss from limb injuries.

Some people call team dynamics unconscious and psychological forces that influence a team’s behavior and performance.

The stretcher and its many incarnations

Violence in the EMS workplace