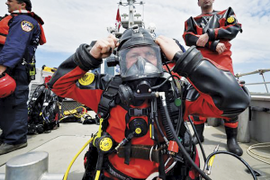 While terrorism may not be your team's number-one concern and the technical rescue disciplines covered and equipment tested in this exercise may not be important to you, the concept of this type of exercise should be.

The Simplest Solution Is Often the Best

In a collapse or extrication, we should always think of the six-sided approach.

The FDNY and the USFS had worked extensively together during operations following the devastating attacks on the World Trade Center, with the USFS assisting with incident management.

Conducting a Size-Up: Closing the Loop

This column is the second in a two part series discussing the importance of the scene size-up and how to train to perform this vital function.

Conducting a Size-Up: An Introduction

A size-up is the continuing assessment of the situation encountered by the emergency responder.

The process of identifying potential major incidents can be challenging as opposed to smaller incidents. 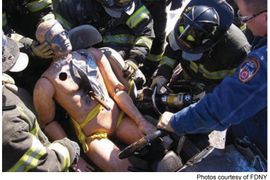 In this column, I will discuss a buffet-style option of setting up an emergency response team’s training program.

Learning from a building collapse

Making the Most of Simulations

Using simulations is an effective method for conduct emergency training because it brings reality to the training at comfortable cost.