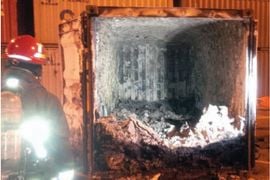 Hydrogen Fluoride: To Ban or Not to Ban

To determine if the benefits of using HF outweigh the risks, you need to understand how and why it was utilized in the first place.

In the aftermath of any major catastrophe it is all too easy to find fault; fault with anybody or anything, just so long as we can fix blame.

I want to share some thoughts about how we could perform better as emergency responders. A 40-year career has given me plenty of experience in all aspects of this business, good and disastrous. Let’s start with equipment purchases.

The name halogen translates to "salt former." These are the elements that react to form compounds known as salts.

Many public first responders will default to the, “I am taking command of this incident” mind set without recognizing or acknowledging that there are already trained responders on site who are actively engaged in a mitigation operation.