The heart of the complex is found in its basement, said GCERA director Mike McCreary. He calls the prop occupying the lowest level his “wall of flame.”

“It’s basically a heat generator for the whole unit,” he said. “The firefighters coming down the stairs experience the kind of heat they can expect in a real fire fighting environment.”

Rising above, the rest of the complex consists of burning railcars, tanks, motors and drum storage, each designed to give industrial firefighters the most realistic training possible.

Instead of individual props for each scenario, the compact GCERA’s fire complex makes it possible to engage multiple simulations within a single fire exercise scenario.

“We can use our pump fire simulation to teach the specifics about that kind of fire,” McCreary said. “Then we can incorporate the pump prop within an extended scenario that might involve a rail car, a bulk storage tank and several other pumps and valves.”

Another positive is that multiple response disciplines can be taught the same day. Some customers will train “live” fire in the morning and then switch to rescue in the afternoon. This is possible due to the close proximity between the training areas.

GCERA began life in 1996 as the Avery Oliver Emergency Response Training Center, designed and built by the Greater Mobile Emergency Preparedness Association, a mutual aid organization drawing from the region’s sizeable industrial base.

Unfortunately, Avery Oliver, a safety director with DuPont who spearheaded the project, died before its completion.

“He was diagnosed with cancer just before construction was to begin,” McCreary said. “They cut a logging road to the property and drove him out in the back of a van for the groundbreaking. He died before there could be a grand opening.”

Only five years later, the training center suffered its own fatal illness. GMEPA, faced with a balloon payment on its loan to build the training center, could not arrange refinancing. The bank foreclosed on the property, McCreary said.

“The plants decided they didn’t want to run a training field,” he said. “It’s not what they were in business to do.”

The center remained in bankruptcy for the next six years, falling into disrepair. Infrequently, it was leased to companies to conduct their own training.

The dormant period ended in 2008. Nine investors, including three New York firefighters both retired and active, an Oak Ridge, TN, battalion chief, a captain with the Mobile Fire Rescue Department, two retired industrial safety directors and an individual working as a contractor overseas joined forces with McCreary to bring the training center back into operation.

McCreary, born in Baldwin County, began his fire fighting career in the Air Force. After his discharge, he spent 13 years as a municipal firefighter with the Huntsville, AL, and the Mobile fire departments. In 1996, he worked for a year as an instructor for the contractor managing the Avery Oliver training field. Then, with that same company, he transferred to the on-the-road training division.  After 11 years as a “road warrior,” McCreary returned to Mobile as GCERA owner/director.

At that time, the training field consisted of little more than a 40-foot by 70-foot metal building that provided the main classrooms, the fire complex and a concrete pad designated as the hazmat area. GCERA’s first addition was a smokehouse built using two intermodal containers or conex boxes.

Next, GCERA built a classroom building strictly for hazmat training. There are also eight shelters where individual hazmat skills are taught, McCreary said.

“That was a big day for us, to have two different classrooms – fire and hazmat – operating at once,” he said.

The new building came complete with an outdoor pavilion where training can continue during the brief but intense storms common during the summer months.

“Companies pay a lot of money in overtime and travel to send their people to schools such as GCERA,” McCreary said. “Losing a day to rainy weather is not an option.”

Fortunately, GCERA’s location on the highest ground in coastal Mobile County gives it the advantage of cool breezes during the otherwise brutal Alabama summer, McCreary said.

Today there is even a third classroom building and pavilion. The newest is located adjacent to the fire training complex, eliminating the long walk from the field’s main building.

“Adding two classrooms since the field was purchased makes one consider what the next five years will hold,” McCreary said.

From the first day of ownership, the new partners were interested in further developing the fire complex, McCreary said. Eleven conex boxes stacked four-stories tall were added. One local plant expressed an interest in training for basement fires, directly influencing the new addition.

“That got us thinking about designating the first floor as the basement with three floors above it,” McCreary said. “That has worked out real well.”

At first, GCERA fueled the fire complex using ordinary Class A combustibles. Staff then began using liquid propane inside the complex by means of a custom designed gas manifold system.

“Only one prop at a time is charged with propane,” McCreary said. “Standard operating procedure is that an instructor is assigned to a safety valve, located close to each interior prop, and does not leave it for any reason during the fire.”

If the fire goes out for any reason, fuel is immediately shut off, McCreary said. Because no other props are fueled at the same time, the possibility of a leak igniting elsewhere is eliminated.

“Our interior liquid propane system has doubled our capacity for training,” he said.

Because propane is smokeless, training can be gauged to suit the type of firefighters participating – industrial or municipal, McCreary said.

“A lot of industrial firefighters are close to retirement,” McCreary said. “They can’t do the crawling that interior fires require. Using smokeless propane, we are able to teach technique without them on their knees.”

However, if a brigade wants that experience, smoke is easily added to the exercise, he said.

Types of fire that the complex offers include pipe racks, equipment fires from a burning welder to a break room microwave, and even an electrical panel fire in a mock control room.

“Items like the welder and the break room microwave include electrical disconnects,” McCreary said. “The first thing we teach them is to de-energize the equipment before you hit it with water.”

The upper floors of the complex rank as the most exciting. One exercise simulates burning metal drums that are common in industrial “drum fill” areas. Another interior prop simulates a fire roiling above the firefighters’ heads.

“We can actually put propane into the ceiling, ignite it and blow it across the room,” McCreary said. “It’s pretty amazing.”

The newest prop devised by the GCERA wizards teaches forcible entry. Firefighters trying to access the burning drums in the storage area must first penetrate a door that will not open.

“Most plants say they don’t have locked doors, but that doesn’t mean the fire hasn’t done something to block the door,” McCreary said. “This adds another step of realism.”

Safety issues rank first at any fire training facility. But close behind is concern for the local environment. GCERA uses both real fire fighting foam and its own formula for training foam.

Thanks to the careful choice of fuels and a fuel separator system that McCreary describes as “overdesigned,” GCERA has avoided environmental issues that complicated the early years of many other training fields.

“Everything inside the fire training area is contained,” he said. “Fire water goes through four chambers of separation before we reuse it. It is a completely closed loop system that directs everything back to the fire.”

GCERA can also point to improved amenities for its visiting firefighters since the late 1990s. In those days, the closest lodging available was nearly 40 miles away in Mobile. Because of the remoteness, original plans included a dormitory.

“As for meals, there was a local restaurant that sold us brown bag lunches,” McCreary said. “There is only so much you can do with a meal that comes in a styrofoam container.”

Today, good motels and restaurants are as close as six miles away. But, most of the firefighters skip that to enjoy the meals cooked in GCERA’s own kitchen. The comment is almost always the same – “Hey, the training is good, but the food is great.”

“Down south we like to keep everybody fat and happy,” McCreary said. “But if the training schedule includes a lot of burns, we suggest a light menu instead of brisket or barbecue.”

Just as McCreary insists on realism in GCERA’s fire complex, he also insists on it in his business model. GCERA cannot compete head-to-head with the biggest industrial fire schools, he said.

The key for GCERA is to concentrate on what the competition is too big to do, such as bringing multiple props together in a single fire scenario.

“What we have to offer is scenario-based training,” he said. “Instead of individual props spread far apart, we can bring them together in a single, united effort.”

Also GCERA customizes its training to exactly what the customer wants, McCreary said.

“We can and routinely change the daily training plan based upon the customer’s immediate feedback,” he said. “Yes, this is more difficult than having a canned program.  But our customers appreciate the effort.” 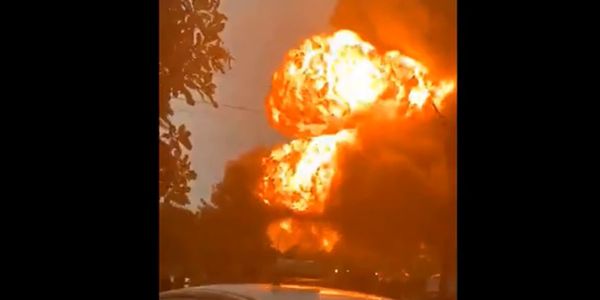 Firefighters saved the neighboring structures in the industrial park. 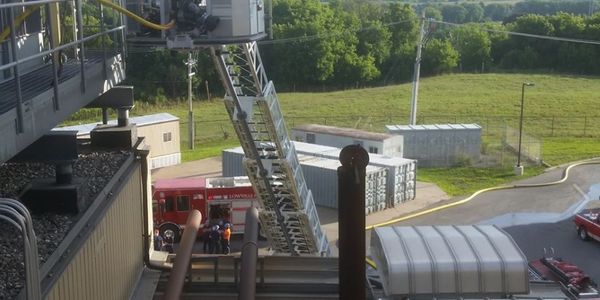 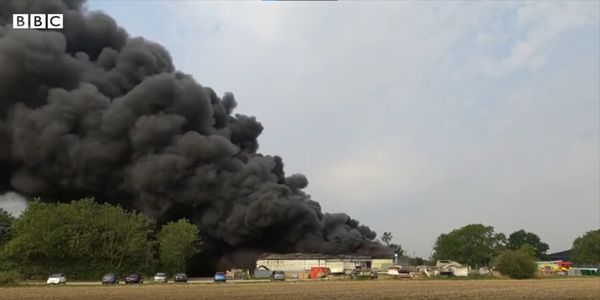 Fifty firefighters are battling the blaze. 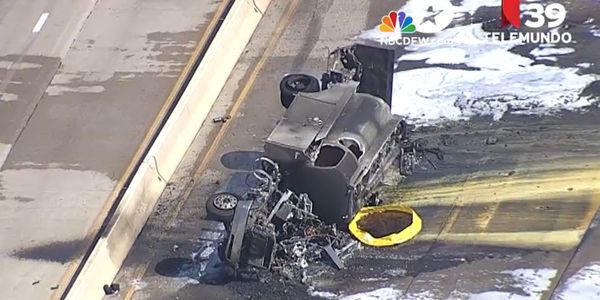 Vehicle crashed through a barrier into oncoming traffic.