A tank fire is no different than any fire emergency. The first tactic is defensive, that is control the fire and stop the fire spread. Then and only then can we go on the offensive and extinguish the fire.

Today almost all firefighters develop tunnel vision as to the tank on fire and those around it. The overwhelming impulse is to start cooling water for the tank on fire and the adjacent tanks. As a reaction that seems rational enough. But which represents a greater threat — 1. spreading fire to another tank through the radiant heat of the flames billowing from the vents of an internal floating roof tank or, 2. pressurized flames jetting from the leaking piping flanges in the dike that can directly impinge on other pipes and tanks.

In 40 years of being involved in industrial firefighting, I have yet to find an internal floating roof tank or a cone roof tank that ignited solely from radiant heat.  Direct flame impingement is necessary to spread the fire tank to tank. Even strong winds are unlikely to lay down the flames far enough to impinge the nearest neighboring tanks.

The API RP 2021 Management of Atmospheric Storage Tank Fires validates our experience by having a warning about using too much cooling water by saying “cooling of adjacent tanks is typically unnecessary unless there is direct flame contact or sufficient radiant heat to scorch the paint.”  Any cooling water applied in the dike will collect, which could easily allow burning fuel to spread to other tanks and piping.

So first it is very important to limit the cooling water to direct flame impingements that can cause other pipes to fail and add more fuel to the dike fire, or impingements to tanks which could ignite.

After applying cooling water to specific flame impingements, next we must control the pressurized flange leak fires before they compromise other piping that interconnects to other tanks. As the fire spreads to additional flanges and seals, more burning fuel spills into the dike. More fire in the dike means more direct flame impingement on the storage tanks, extending the fire further and further.

Just how do we handle a real spraying, burning, leaking bolted flange fire. Typically the training to handle pressure piping fires involves large process units fire projects, like at Texas A&M. Everything flame impinged above the leak is cooled until the instructor is satisfied that the fire should not spread.

Then the team leader acts like he is shutting a value to kill the leak, but at the same time the project fuel man actually shuts off the fuel and the fire goes out. That may resolve the training exercise easily enough but does not apply in the real world of a leaking bolted flange in a tank dike. At many tank fires, the valve that controls the leaking flange fire sits right in the middle of what is burning.

What are the real options and actions available to reduce the flange fire so the real valve can be closed or the leak stopped? The most successful thing to do is to pump expanded foam solution back through the pipe that has the leaking flange. With enough expanded foam solution flow the leaking fuel can be drastically reduced or totally eliminated. While foam and water is leaking out the flange, properly protected firefighters or maintenance specialist can try to stop the leak.  This may be as simple as tightening the flange bolts, or replacing the old bolts with new bolts one by one and tightening each as installed. If the flange is still leaking a standard flange repair clamp can probably be found at any local refinery, steam power plant or petrochemical plant. Check out the photos on page 10 of the flange clamps and one of a flange burning at a real tank fire.

Some type of bolted flange leak control should be part of all combustible liquids specialized fire training.

To expand (aerate) a foam solution in a pressurized pipe you must have a High Back Pressure Forcing Foam maker.  These were an important piece of equipment necessary to add the air bubbles (or aeration) to a foam solution before it could be pumped into the base of a storage tank to extinguish a tank fire using a subsurface foam application.  Subsurface foam application systems are still a common sight on older storage tanks. That means the equipment needed to put aerated foam through leaking piping is still readily available. All that is missing is training the firefighter how to use them on a leaking flange fire.

Practitioners of the fine art of sub surface foam application are mostly retired or expired. Why? Successful subsurface application for tank fires traces back to the 1970s with the introduction of aqueous film forming foam, the first fire foam hearty enough to endure subsurface injection.

With the dike fires under control tactics can progress to the offensive mode — the extinguishment of the tank or tanks on fire. In tanks with the roof blown off or with big gaps in the roof-to-shell seam it is time to calculate the foam flow, add more for a safety factor and put the white stuff on the red stuff.

But if you have internal floating roof tanks where the exterior roof has not opened up you must find another way to get the foam inside the tank. If the dike fires are under control we have seen internal floating roof tanks burn at the vents for as long as six days. So there is plenty of time to try other ways to get foam or dry chemical in the tank.

Some of the most successful ones are to pump foam sub surface into the tank at the calculated rates for extinguishment, get cranes to lift self-made pipes connected to foam hose lines, and insert the open ended piping into openings on the top of the roof, or arrange ground monitors with straight tips to shoot foam forcibly into the eye bough vents at several places around the tank diameter. In some cases it took several of these application methods at the same time to extinguish the tank.

A clear word of caution must be said about any tank fire involving crude oil as the fuel. There have been two cases of internal floating roof tank fires that resulted in a tank boilover. One was a tank that had been burning seven days at the vents, only to suddenly erupt. The other case was a crude tank that had been burning for many hours before subsurface foam injection caused a boilover.

Storage tank firefighting is a lot more complicated that simply using enough moisture to overcome the heat. Quickly resolving a ground level pressure fire can keep a single small event from turning into multiple burning tanks sitting in an immense dike fire. It is a lesson we need to start teaching again.

Gene Allen is a contributor to Industrial Fire World. 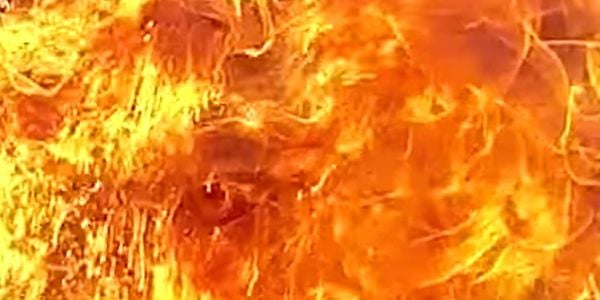 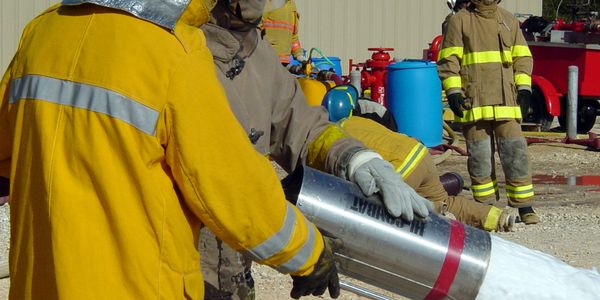 Training, testing sites would have to treat discharge to remove compounds. 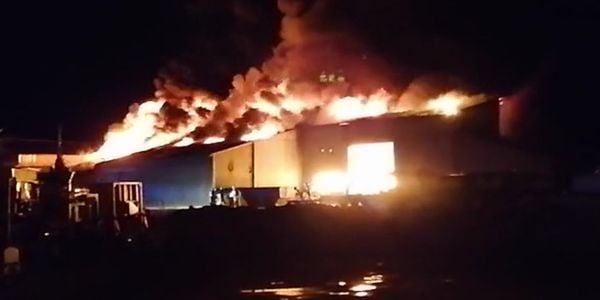 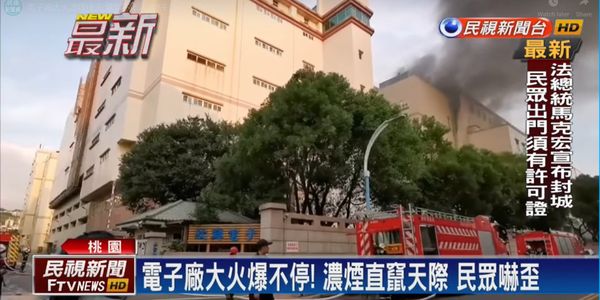 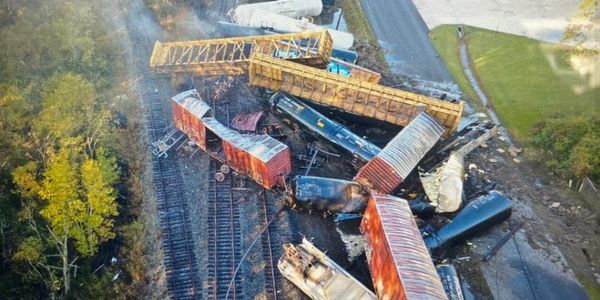 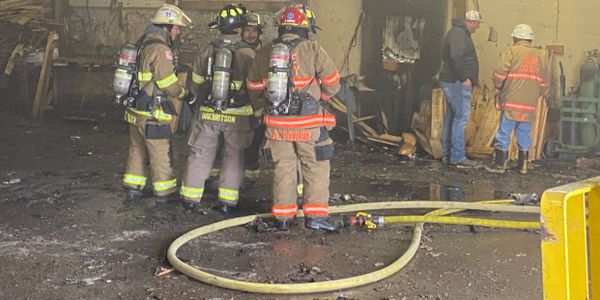 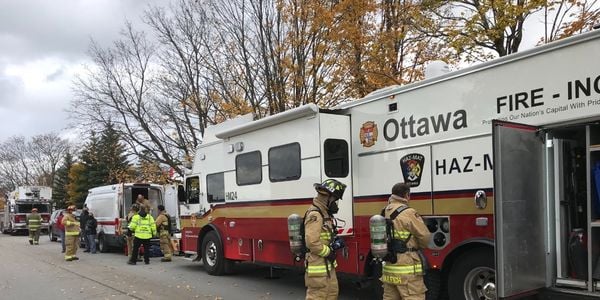 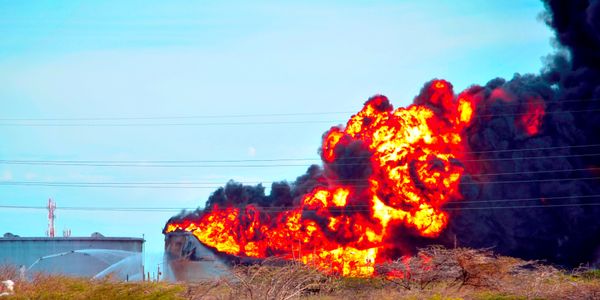 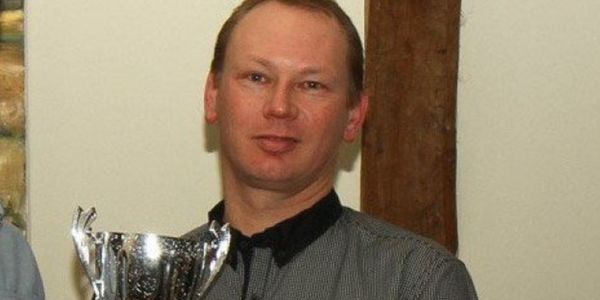