An individual who allegedly broke into a Woonsocket manufacturing plant and set fires in several locations, and whose identity became known after a surveillance photograph of him was posted to Rhode Island's Most Wanted website, was indicted today by a federal grand jury on a charge of arson.

Woonsocket Police officers responded to an alarm at Sports Systems Custom Bag Corporation in the early morning hours of April 5, and discovered smoke in the building and water flowing from sprinkler heads in the basement and first floor. A small fire inside a desktop computer lying on the floor in the basement and smoldering papers on a desk in a first floor office were quickly extinguished.

Recovered video surveillance shows a person using a ladder to access the building, according to court documents. The same person is seen walking around the building collecting various items and placing them into bags, which he obtained from within the facility. At one point the person takes down an American flag hanging in the building, folds it in a military fashion, and then places it into his backpack. The individual seen in the video initially touches several items in the building then puts on a pair of gloves and wipes down those places he previously touched. He also disabled and destroyed several surveillance cameras, according to documents.

Images of the individual captured on video and retrieved from the security camera DVR were posted by law enforcement to Rhode Island's Most Wanted website. Information from the public assisted law enforcement in identifying the person as allegedly being Jacob E. Lahousse, 20, who has no known address.

Coffee Roasted to Extreme During Plant Fire in Colorado

Firefighters withdrew from interior attack due to rapidly changing conditions

Weekend tornado packed winds of up to 165 mph 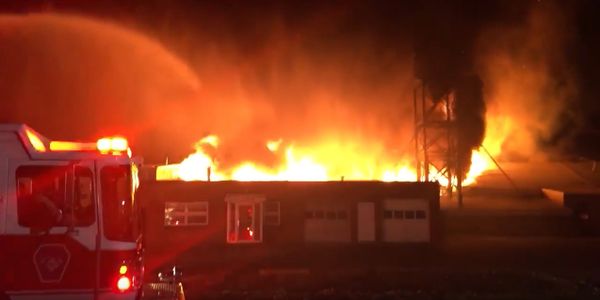